Madeleine Bianchi - Europeans, your odds to end in poverty are 22%! 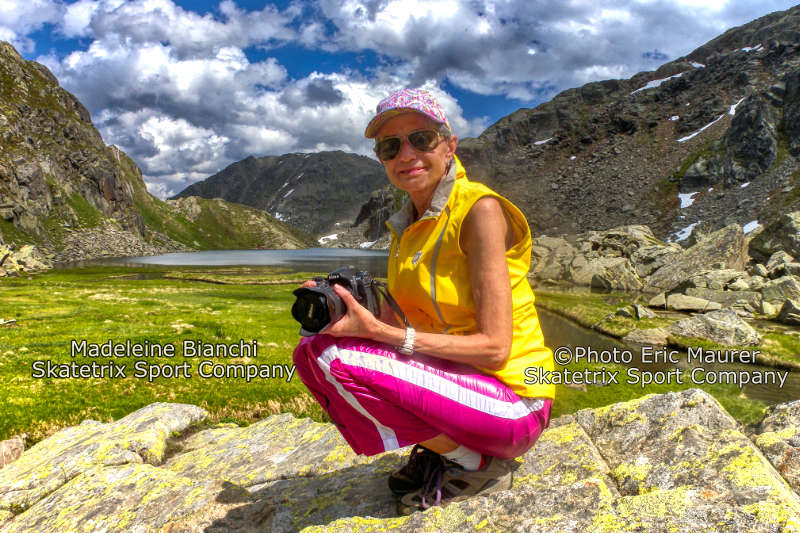 IMPRESSIVE FIGURES to POVERTY in 2018, gathered by EUROSTAT!
In the EUROPEAN UNION were 2018 over 109 million people (21.7% of total population) threatened by POVERTY and SOCIAL EXCLUSION!
This number corresponds to the total population of ETHIOPIA!
In the always big-mouthed MERKEL GERMANY over 15 millions (18.7%)!
GERMAN POVERTY LINE for single adults: Euro 13.700 (USD 14.360)!
In SWITZERLAND 1.5 millions (17.4%).
SWISS POVERTY LINE for single adults: CHF 28.700 (USD 27.600)!
All Figures by EUROSTAT, official statistical office of European Union!

MADELEINE BIANCHI and ERIC MAURER:
MERKEL GERMANY, that gladly lectures the world how it has to become a better place!
And which at the same time supplies any terror regime with tanks and other war weapons!
In addition the chief culprit for the incessant import of millions of economic refugees, terrorists and criminals in Europe!
SWITZERLAND, that everywhere brags with its humanitarian tradition!
And which so generously wast tax-money for dubious development aid and for integration of criminals and so-called refugees! 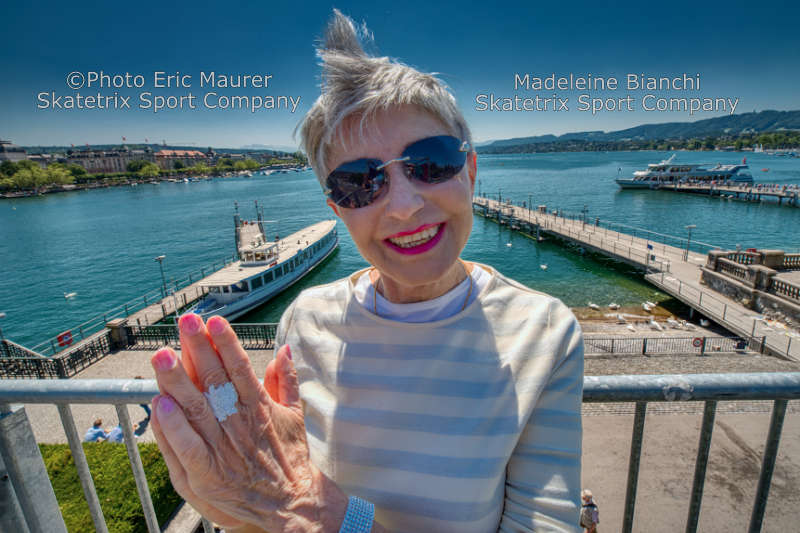 Snow Leopard ISKANDER - Why history repeats itself again and again?

Sentence A)
«GOVERNMENTS HAVE NEVER LEARNED ANYTHING FROM HISTORY, OR ACTED ON PRINCIPLES DEDUCTED FROM IT.»
GEORG WILHELM FRIEDRICH HEGEL - (1770 – 1831) German philosopher.
Sentence B)
«WHO CONTROLS THE PAST CONTROLS THE FUTURE.
WHO CONTROLS THE PRESENT CONTROLS THE PAST.»
GEORGE ORWELL - (1903 - 1950) - Author of dystopian Novel 1984!
Do yo see any LOGICAL CONTEXT between A and B?
Moreover, do you RECOGNIZE the CONSEQUENCES for A due to B?

SNOW LEOPARD ISKANDER - WITH WISDOM FROM THE HIMALAYAS:
MANY THANKS, LADIES AND GENTLEMEN, FOR YOUR KIND ATTENTION!
PERHAPS YOU MIGHT HAVE DRAWN YOUR CONCLUSIONS FROM MY LITTLE LESSON
WITH GEORG WILHELM FRIEDRICH HEGEL AND WITH GEORGE ORWELL? 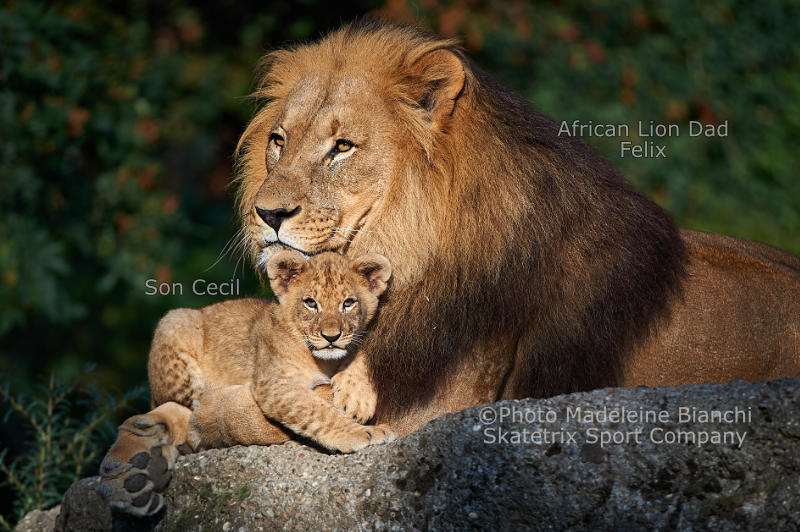 DADDY, I heard that GREEN HOOLIGANS RIOT in STREETS of many CITIES?
But what they want to achieve by it?
MY SON, absolutely NOTHING! NEITHER for US, nor the CLIMATE!
But perhaps for themselves later a stellar career as politician!
E.g.: SCHOOL DROPOUT - STALIN WORSHIPPER - LEFTIST HOOLIGAN - GREENS PARTY LEADER - VICE-CHANCELLOR and FOREIGN MINISTER!
DADDY, WHO IS THIS GUY?
MY SON, I speak of JOSCHKA FISCHER!
GERMAN VICE-CHANCELLOR and FOREIGN MINISTER (1998–2005)!

LITTLE LION KING CECIL:
DADDY, what has Comrade JOSCHKA said about Comrade STALIN?
«STALIN WAS A GUY LIKE WE ARE, NOT ONLY THAT HE CONSIDERED HIMSELF A REVOLUTIONARY AND LIVED LIKE ONE, BUT HE WAS A CHARACTER IN THE TRUEST SENSE OF THE WORD!»
JOSCHKA FISCHER in leftist German journal «AUTONOMIE» No. 5, (1977).
DADDY, was Comrade STALIN also a CLIMATE PROTECTOR?
MY SON, not at all! STALIN was probably the MOST GRUESOME TYRANT OF ALL TIME!
STILL AN OPEN QUESTION IS LEFT!
WAS JOSCHKA FISCHER's CAREER BOOSTED BY THE STASI? 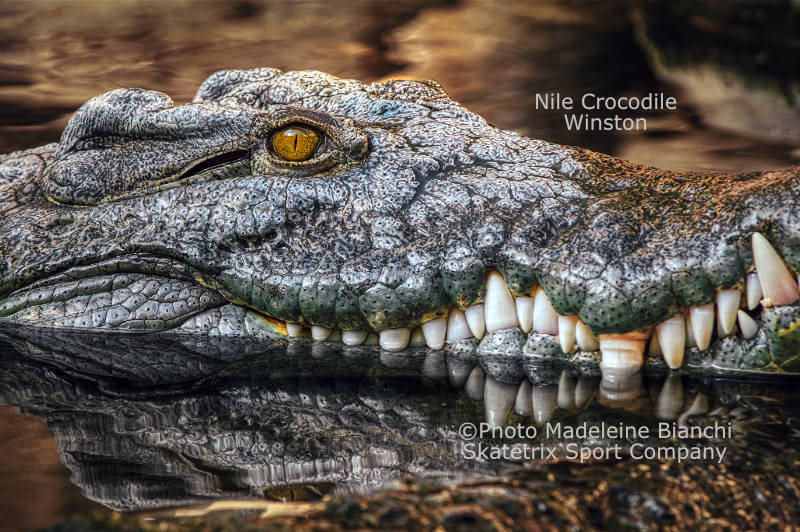 IT'S TO PUKE, HOW WESTERN WIMPS ALWAYS DRAW IN THEIR HORNS!
They PEE their PANTS, as soon as the tiny SULTAN utters empty MENACES!
Strange, how STASI MERKEL and her otherwise so LOUDMOUTHED UNDERLINGS have in this case LOST THEIR LANGUAGE!
Normally, the KRAUTS are always immediately ready to reproach other COUNTRIES with HUMAN RIGHTS VIOLATIONS!
And now the BIG PRIZE QUESTION:
How the SULTAN with the EMPTY POCKET can AFFORD this current WAR against the KURDS?

NILE CROCODILE WINSTON - with crocodile tears in his eyes:
Already BARACK OBAMA, once NOBEL PRICE LAUREATE, gave ERDOGAN green light for a first INVASION in KURDISTAN!
On AUGUST 23. 2016, vice-president JOE BIDEN has handed out this VILE CONSENT to ERDOGAN in ANKARA!
«AN APPEASER IS ONE WHO FEEDS A CROCODILE, HOPING IT WILL EAT HIM LAST!»
WINSTON CHURCHILL (1874 - 1965)
«IF THE BATTLE FOR CIVILIZATION COMES DOWN TO THE WIMPS VERSUS THE BARBARIANS, THE BARBARIANS ARE GOING TO WIN!»
THOMAS SOWELL, American economist and social theorist

Snow Leopard KYROS - Mommy and I try to familiarize you with Francis! 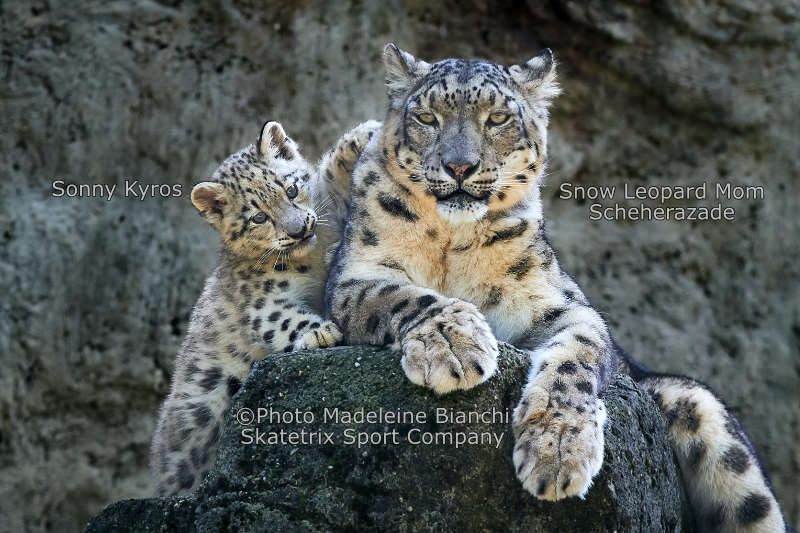 «ASK THE ANIMALS,
AND THEY WILL TEACH YOU THE BEAUTY OF THIS EARTH!»
SAINT FRANCIS OF ASSISI
(1181 or 1182 - 1226).
Patron of animals and natural habitat!
Patron saint of Italy!
MOMMY, has only one single BIPED ever asked you to TEACH HIM?
MY SON, no, for they believe, to KNOW everything BETTER than NATURE!
MOMMY, then these BIPEDS must be COMPLETE IDIOTS!
MY SON, that's what THEY REALLY ARE!
MOMMY, hence they DEVASTATE RUTHLESSLY our BEAUTIFUL EARTH?

SNOW LEOPARD KYROS - I LEARNED FROM MY MOMMY:
THESE COMPLETE IDIOTS STILL BELIEVE IN THE ABSURDITIES THAT THE GREENS PROCLAIM!
«WE SIMPLY HAVE TO RUN AFTER THE PIED PIPERS OF THE GREENS!
THEN WE MERELY HAVE TO OPEN OUR WALLETS TO BUY OURSELVES OUT OF ALL OUR ECOLOGICAL SINS!
THEREAFTER, WE CAN GET BACK TO BUSINESS AS USUAL!»

Snow Leopard MOHAN - The nitwits who run after them, are our doom! 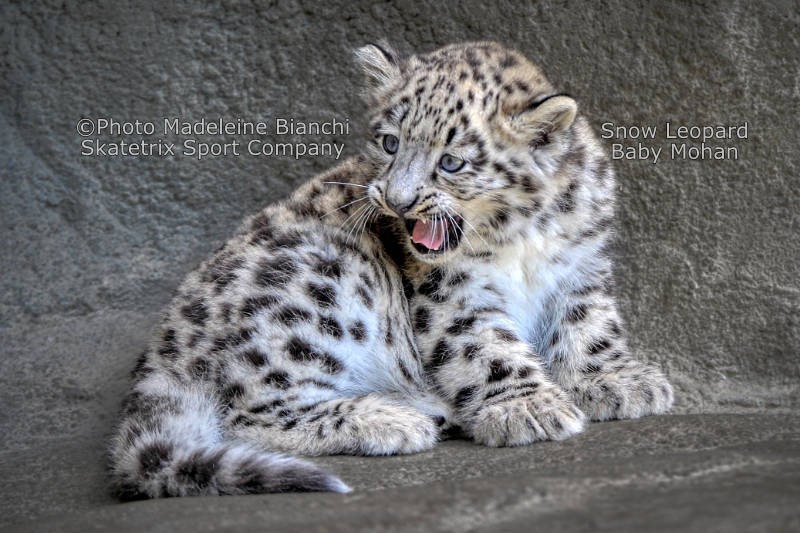 «CLIMATE POLITICIANS MAKE CLIMATE POLICY IN THEIR CLIMATE CABINET, WHERE THEY TIE UP THEIR CLIMATE PACKAGE!»
CLIMATE STRIKE BRATS protest against the CLIMATE CHANGE!
At the UN CLIMATE SUMMIT the SWEDISH PROPHETESS of DOOM laments her stolen DREAMS and CHILDHOOD!
God save us from these self-proclaimed CLIMATE PROTECTORS, who are in reality nothing else than the PUPPETS of some capitalist WIRE-PULLERS!
And from the MILLIONS of ineffable NITWITS who RUN blindly after THEM!

BRAINY MOHAN - THE CUTE LITTLE THINKER:
«LET'S WAIT UNTIL THE DAY THE COWS COME HOME TILL CORRUPT POLITICIANS WILL DO ... NOTHING!»
Sincerely yours! - ERIC MAURER of Skatetrix Sport Company!
BY THE WAY! - HOPEFULLY THESE POLITICAL IDIOTS HAVEN'T WRAPPED THEIR CLIMATE PACKAGE IN PLASTIC! 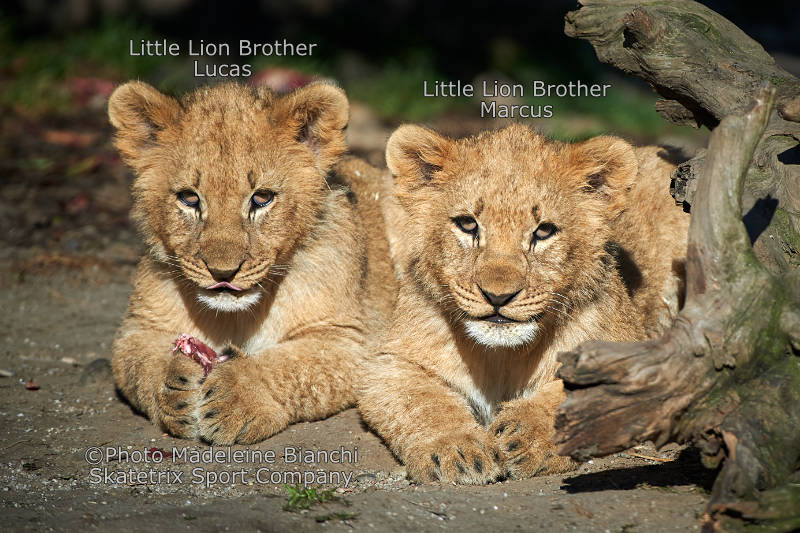 WELL! ALL OF YOU WANT NOW SAVE OUR PLANET FROM DOOM?
But it's better if we do it NOT IMMEDIATELY!
Best we POSTPONE it UNTIL THE DAY THE COWS COME HOME!
Prior we ACT, we must DISCUSS much about the most absurd SOLUTIONS!
In the style of: «LET ME HAVE THE CAKE AND EAT IT TOO!»
HIGH TIME TO MAKE YOU CLEAR, WHAT YOU ARE IN REALITY:
YOU ARE THE BIGGEST IDIOTS WHICH EVER POPULATED THE WORLD!
YOU WEREN'T EVEN ABLE TO PROTECT ONLY A SINGLE ENDANGERED ANIMAL SPECIES FROM ITS EXTINCTION!

LITTLE LION KINGS MARCUS AND LUCAS:
EACH FRIDAY THERE IS NOW A MODERN KIND OF THE CHILDREN'S CRUSADE!
WITH THEIR «FRIDAYS FOR FUTURE» YOUTHS WANT URGE POLITICIANS TO TAKE AT LAST APPROPRIATE MEASURES FOR AN EFFECTIVE CLIMAT PROTECTION!
CURRENT CLIMATE DAMAGES SHOULD BE ELININATED BY THOSE, WHO LARGELY CAUSED THEM BY DOING NOTHING?
WHAT NAIVE SIMPLETONS!
BUT THESE YOUNG FOLK ARE INEVITABLE YOUR FUTURE!

Snow Leopard KYROS - Did you grasped the substance of Pascal's thought? 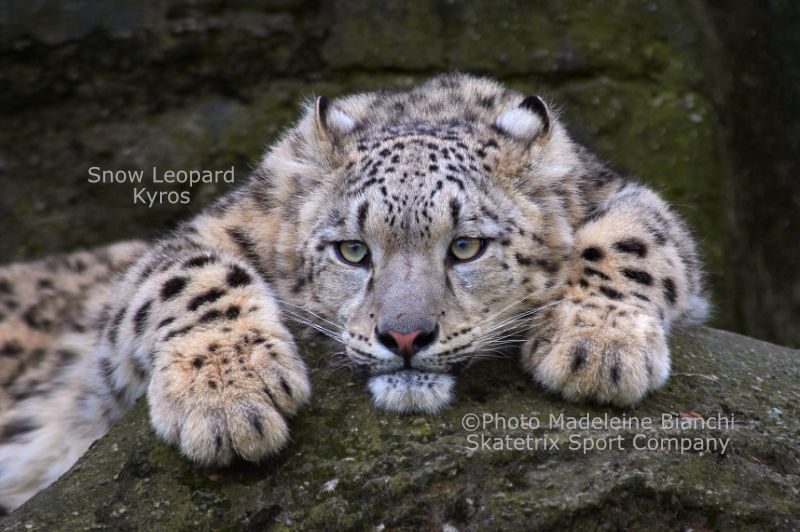 I present you a THOUGHT whose profound SIGNIFICANCE is simply BREATHTAKING for any THINKING LIVING-BEING, which has really UNDERSTOOD its RAMIFICATIONS!
«THE LEAST MOVEMENT IS OF IMPORTANCE TO ALL NATURE.
THE ENTIRE OCEAN IS AFFECTED BY A PEEBLE.»
BLAISE PASCAL (1623 - 1662) - French mathematician, physicist.
Naturally, the SUBSTANCE of PASCAL's THOUGHT goes by far BEYOND the already hardly existent FACULTY OF THOUGTH of ALL POLITICIANS!
ARE YOU STILL RUNNING AFTER SUCH INFINITELY STUPID NITWITS?

SNOW LEOPARD KYROS - I PUT IT IN A NUTSHELL:
THE HUMAN BEHAVIOR HAS HARDLY ADVANCED SINCE THE TIMES OF THE CAVE DWELLERS!
CAUSE THEIR HERD INSTINCT HAS REMAINED UNCHANGED SINCE THE STONE AGE!
HENCE THEY ARE FORCED AT THE VERY FIRST OPPORTUNITY TO RUN AFTER ANY NITWIT!
A QUICK GLANCE AT THE HISTORY BOOK HIGHLIGHTS THE FATAL CONSEQUENCES OF THIS HERD INSTINCT OVER MILLENIA!

I'm a victim of the much-vaunted humanitarian tradition of Switzerland! 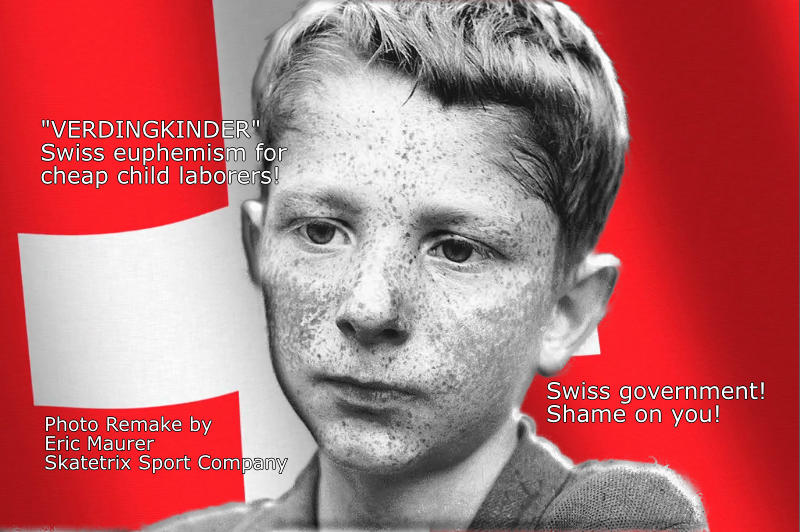 THE UGLY PAST!
Since the 1850s, Swiss authorities separated hundreds of thousands of Swiss children from their parents!
And then deported them to Swiss farms as cheap child laborers!
Where they were frequently treated like slaves or serfs and had to drudge like forced labourers!
Without any health care, with little food and little sleep!
Of course without any wages and any pocket money!
This inhuman Swiss practice continued well into the 1950s.
Although Swiss politicians peddle abroad always with the humanitarian tradition of Switzerland!

THE UGLY PRESENT!
Today live in Switzerland still thousands of victims who survived such a pitiable childhood!
Swiss government has never intentended to grant a compensation!
In 2014 Swiss citizens launched an initative to establish a fund of 5 million CHF in favor of the still alive «VERDINGKINDER»!
In 2015 Swiss government reduced the fund on 3 million CHF!
I.e. each surviving victim gets between 20 and 25 thousand CHF!
Now Swiss authorities tax these shabby compensations for their lost childhood!
And reduce their pension because they have now a small fortune!

SWISS HUMANITARIAN TRATITION? - THE GAP BETWEEN CLAIM AND REALITY!
HENRI DUNANT (1828 - 1910) - founder of the Red Cross and Nobel Peace Prize Laureate (1901) lived during 3 decades in oblivion and in bitter poverty in a provincial retirement home!

THE UGLY TRUTH!
Swiss government is always generous with Swiss tax money!
But only abroad!
E.g. to foster the Palestinians since 20 years with annual 20 million CHF!
At home, Swiss government refuse to acknowledge that 615 thousands Swiss people have officially to live in poverty!
By the way, Switzerland itself isn't the bad exception!
Any Western European country do the same mess!

Would you like to support our dedicated work with a donation? Many thanks!