DEC 06: FENRIR WOLF AND THE DOOM OF GODS! 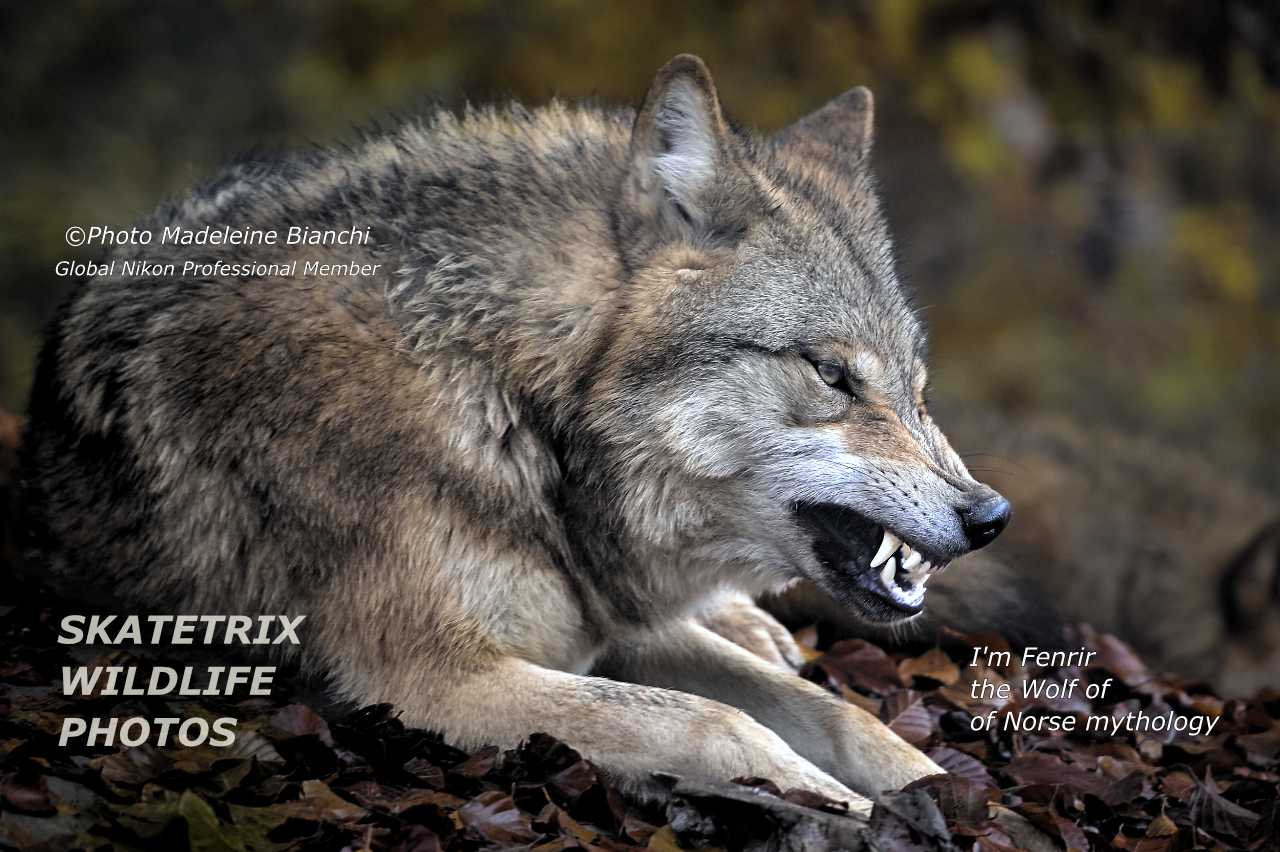 Already at his birth, the GODS considered FENRIR a threat!
And as he grew, it became evident that he would turn into a JOTUNN, or giant, among WOLVES.
Norse seers predicted that FENRIR would spread chaos and destruction through the Nine Worlds.

Already, as an adolescent, FENRIR was so big that the drool and foam which spill from his mouth formed a river.
Due to his limitless growth, his jaws were later so large that they reached from the ground to the sky when he opened them.

FENRIR was also very clever.
He realized that the GODS saw him as an enemy, rather than a friend, and that they would destroy him if they had the chance.
Despite his suspicion, the GODS succeeded to fetter FENRIR to a rock.
A decision that made FENRIR into their terrible enemy they had always feared.

But, FENRIR's unlimited strength meant that he would someday tear his bonds, no matter how strong they were, and break away to wreak revenge on the GODS.

THE DOOM OF THE GODS!

The day of FENRIR's revenge will be at RAGANRÖK, at the DOOM of the Norse world and its GODS.
FENRIR will devour the SUN, defeat the Norse main deity ODIN in their final fight and afterwards devour ODIN too.

Especially when you reflect about the underlying meaning of this Norse myth!
The GODS themselves created the evil in the form of the all ravaging giant wolf, FENRIR!
But, at the end of the myth, the DOOM of the GODS is sealed!
They themselves fall victims of FENRIR!

A MYTH, THAT MAKES HOPE TOO!

For, all the evil ones get devoured by that evil, which they created themselves!

LET'S DO THIS INTELLIGENCE TEST OF A VERY PARTICULAR KIND!

Be warned! My test is hardly politically correct!
On the contrary, it is deliberately incorrect!
Because his questions are much too important for that!
It asks 8 crucial questions about the influence of today's politics on a society in which reason and intelligence have already lost their importance!

You're a notorious maverick!
And already on record with the Gestapo, Stasi, FBI, or else snoopers!
Be aware, your flat is bugged!

For the time being, you are not yet a completely hopeless case!
But in great danger to degenerate to one of the millions of stupid subjects!
A worshiper of the New Idol who constantly kowtows to his idolaters!

You're a dumbass, who will soon join the vast army of stupefied subjects!
The media of the capitalists and their political stooges have almost completed their job!
With your dumb noggin, stuffed with media crap, you will soon join the millions of useful idiots too!

You're nothing else than a useful subject!
One among the millions of dumbasses who are systematically stupefied by the media of capitalists!
One of the hopelessly enslaved ones, who falsely believe they are free!

SEP 03: SIBERIAN PUSS HELIOS – ONE YEAR WITH MADELEINE AND ERIC! 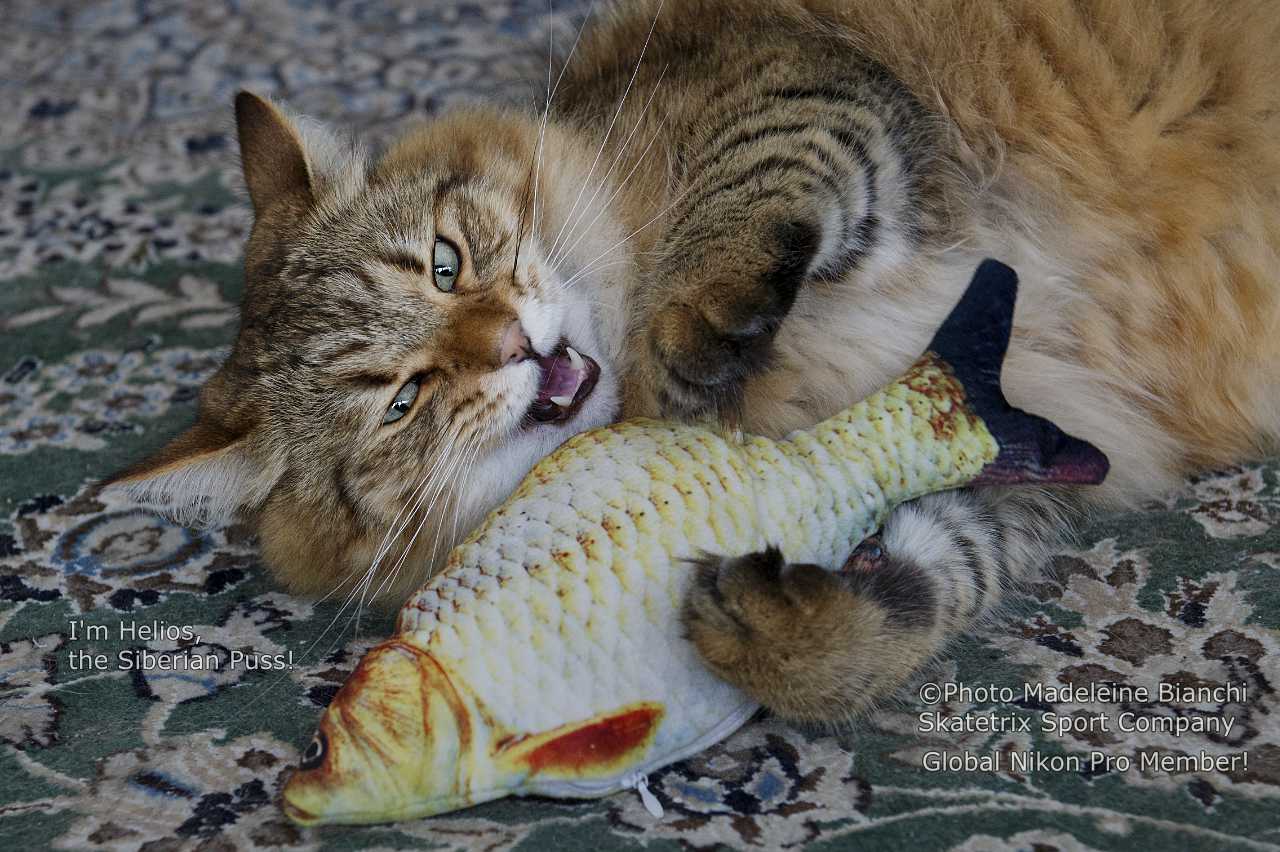 ONE YEAR WITH MADELEINE AND ERIC!

A year ago, I moved to Madeleine and Eric!
At that time, I was still a kitten, just 107 days old!
It was a long journey across the Swiss Alps to my new home!

Today I am a magnificent Siberian tomcat!
The best friend of Madeleine and Eric!
And their absolute favorite!

TENDER, BUT STILL A PREDATOR!

I can be very cuddly!
But, as you can see, I still remained a little predator!
I am just a cat!

When a man loves cats, I am his friend and comrade, without further introduction.

IT'S SHOWTIME FOLKS! - SEE MY VIDEOS!

Exists any coherence between them?
KOYAANISQATSI is HOPI language, and means LIFE OUT OF BALANCE.
CYBERNETICS is the science, how to keep COMPLEX SYSTEMS in BALANCE!

The term CYBERNETICS comes from the ancient GREEK WORD KYBERNETIKOS, referring to the art of a helmsman of a ship.

CYBERNETICS is today an indispensable scientific tool!
It's used in many areas, like natural, social and economic sciences.

NOPE! For POLITICIANS do not want to know about it!
THEY STILL WANT TO CONTINUE TO MUDDLE AS HITHERTO!

For, POLITICIANS belong to the ilk of COMPLETE IDIOTS!
And it's typical for all complete idiots, to take themselves for omniscient!
Hence, governing POLITICIANS wreck the world by a fatal combination of ABSOLUTE IGNORANCE and BOUNDLESS SELF-EXALTATION!
AMONG THEM , THE GREEN-RED FASCISTS EXCEL EXCEEDINGLY!
For whose boundless stupidity is far beyond of any faculty of imagination of each intelligent being!

THE PRESENT CATACLYSMAL WORLD SITUATION REVEALS THE RESULTS OF THEIR YEARS-LONG MUDDLING ALONG WITH SCARING CLARITY!

DID YOU NOW GRASP THE PURPORT OF KOYAANISQATSI?